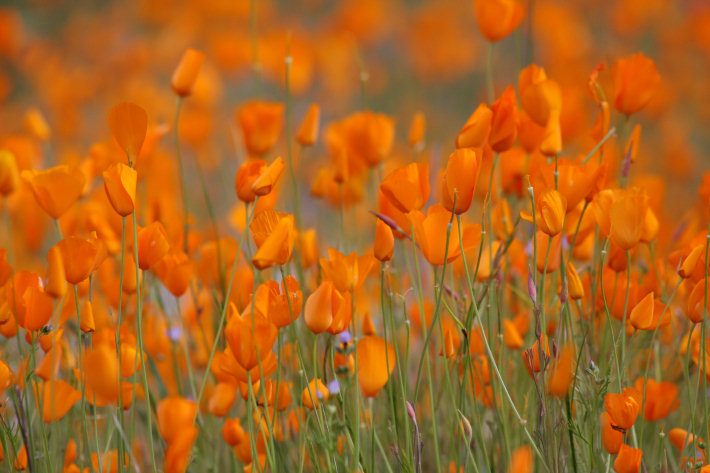 These poppies were blooming along the Hite Cove trail, probably the most famous wildflower-viewing site in the Yosemite area. Hite Cove peaks in March and April, though if you want to see poppies specifically, plan on March, and likely the first half of March (though it can vary from year to year), before the grass gets tall enough to dilute the effect of all that orange.

The little blurs of purple at bottom rear of the photo are Bird's Eye Gilia.

(3) Not sure how to set your desktop wallpaper? Follow these instructions.