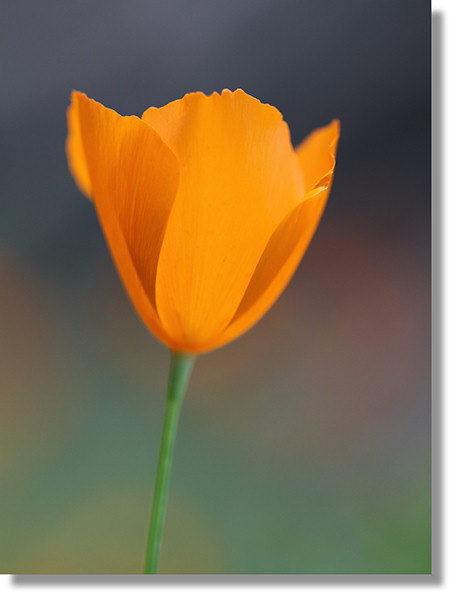 Tufted Poppy and California Poppy look nearly identical. The easiest way to tell them apart is to check the base of the flower; California Poppies have discs about the size of a dime there, while Tufted Poppies don't. (You can see the discs readily in this photo or this post-bloom shot.) Tufted Poppy is more common than California Poppy in the Yosemite area; it grows in large numbers along the Hite Cove trail and turns sections of the Merced River Canyon orange every spring.

This Photo:  Along the Hite Cove trail, mid March. This photo faces downhill from the trail, which accounts for the parfait of color in the background: the green layer at the bottom is grass, the orange layer in the middle is more poppies, and the bluish-gray layer on top is the Merced River. Orange poppies look especially striking when they're mixed with something purple, like lupine, but blue is also a good choice (orange and blue are complements on the color wheel). This is why you may occasionally see photographers lying on their backs attempting to get the sky into the background of their poppy photos, although just to be safe, you should poke them with a stick to make sure they're alright.

The photo was taken just a few minutes after the sun had disappeared behind the steep canyon walls of the Hite Cove trail, so although it was still an hour or so before sunset, the trail was in shade. Tufted Poppy flowers close up when they're not in the sun, so you have to move fast if you want to catch them in shade or overcast. 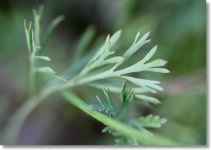