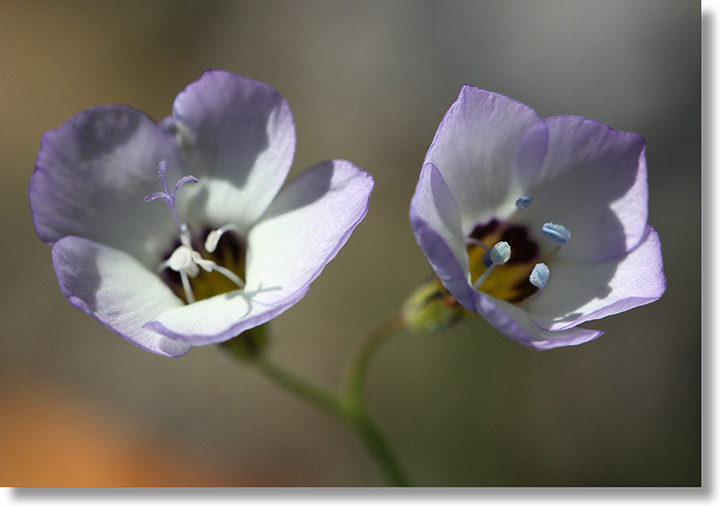 Bird's Eyes are one of the early wildflowers, materializing among the poppies in March near the beginning of the Hite Cove trail when there are still five or six feet of snow in Tuolumne Meadows. They grow in sunny spots in the Merced River Canyon but rarely make it all the way upstream into Yosemite, and then only in the park's lowest areas near El Portal. The flowers are smallish - about as big around as a nickel - so unless they're growing in bunches, as they do on the Hite Cove trail, you'll have to pay close attention to spot them.

Gilia tricolor etymology:  The Gilia genus is named for Filippo Luigi Gilii (1756-1821), naturalist and former (well, obviously) director of the Vatican observatory. Tricolor is apparently a nod to the two colors (white and lavender) predominant in the petals, with your choice of either the blue pollen or one of the throat colors - yellow and dark purple - rounding things out. The botanical nobs might have been a little undercaffeinated the day they approved this name.

This Photo:  On the Hite Cove trail, mid March 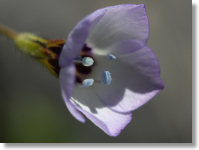 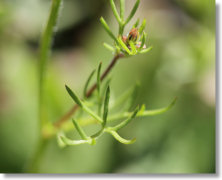 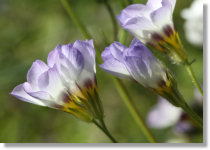