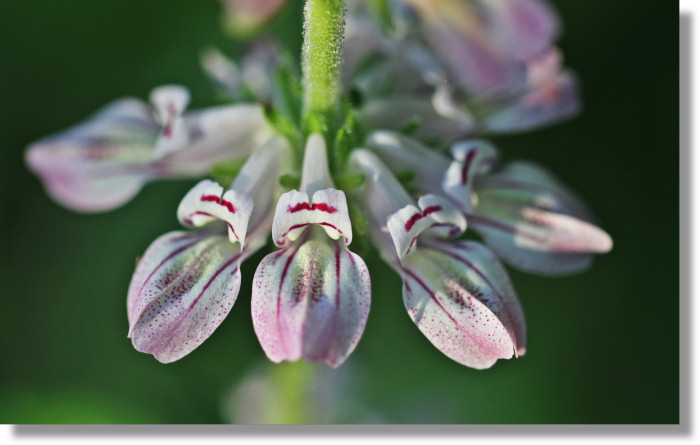 Tincture Plant is among the most orderly and symmetrical of wildflowers, for brief periods every summer telling the universe where it can shove its second law of thermodynamics. The flowers grow in circular clusters round the stem like a Ferris wheel on edge (or a "whorl", in the always trenchant language of botanists), the leaves grow in opposing pairs, and even the individual flowers and leaves are, broadly, left/right mirror images of themselves. It's unlikely, even given an entire weekend, that you or I could mold dirt, water, and solar radiation into such an attractive configuration. So props to Collinsia tinctoria, the fugue of the wildflower world.

Size:  Typically 1 - 2 feet tall, but I've seen it as much as three and a half feet high (the specimen pictured above was over 40 inches high, in fact, and cast an ominous shadow over an otherwise elysian stream bank)

Impostors:  Tincture Plant looks similar to Chinese Houses, another member of the Collinsia genus, sometimes even approaching the same shade of deep purple, but the lower section of the flower is always a giveaway - Chinese Houses goes conservative with a solid color, but Tincture Plant is unafraid to mix virtually any combination of shapes and squiggles, and its lower flower will feature an intricate collection of purple stripes and sprinkles.

Tincture Plant also exhibits a wider variety of colorations. It ranges from mostly white with occasional light purple accents to primarily purple. The throat is a creamy yellow, but can be nearly white on some flowers, while on others, there's no white at all on the lower flower. The leaves also vary, ranging from conventional green to poinsettia red.

Weapons:  Gooey stem that leaves a brownish stain on the skin of any who dare handle it, even if they're just trying to disentangle it from another less beguiling plant so they can take a glamour photo of it for a prestigious Internet-based wildflower guide. Tincture Plant does not distinguish between friend and foe.

Where to Find It:  It grows in various places outside the park, including along the Lewis Creek trail. It's found inside Yosemite at the park's lower elevations; I've seen it along the Wawona Meadow trail, the Upper Yosemite Falls trail, and in Yosemite Valley in large numbers along Northside Drive in the El Capitan area.

Tincture Plant is endemic to California, so you won't see it on your trips to Disney World or the Louvre. If you hurry, you might be able to cancel your hotel reservations without incurring a large penalty.

Collinsia tinctoria etymology:  Collinsia is named for Zaccheus Collins (1764-1831), a Philadelphia naturalist who didn't discover the genus but was well connected in the botanical community; the genus honor appears to have been a sort of lifetime achievement award. Tinctoria derives from the Latin word tinctus, meaning to dye or color, and is a standard botanical term used to indicate plants that are used in dyes or that harbor (as in this case) sap that can leave stains on anything that comes into contact with them.

This Photo:  Along the banks of the Fresno River near Oakhurst, mid June. If this photo blows your bracteoles away, you can download it in various larger sizes for use as your desktop wallpaper. 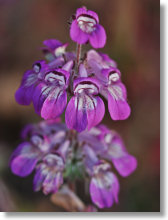 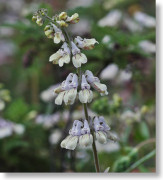 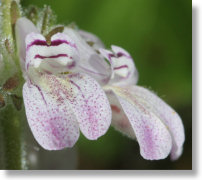