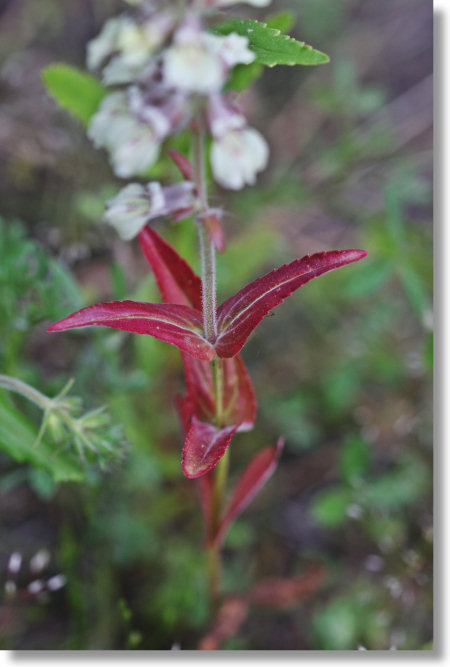 When a main sequence star such as our sun suddenly turns red, it means that it's finished fusing all the hydrogen in its core and has started working on the hydrogen in its outer layers. It'll swell to an immense size and, sometime within the following million years, will engulf the earth, boiling away its oceans and melting the flesh off your bones.

So a certain amount of panic over the above photo is understandable. It turns out, though, that this is one of those cases where wildflowers and objects in outer space do not behave in exactly the same way. Tincture Plant actually offers no threat at all in the sea-boiling and flesh-melting areas. Which is both a relief and a little disappointing, because who couldn't use "we'll all be dead inside a million years anyway" as a reason to put the housecleaning off for another few months?

This Photo:  Along the Lewis Creek trail, early June