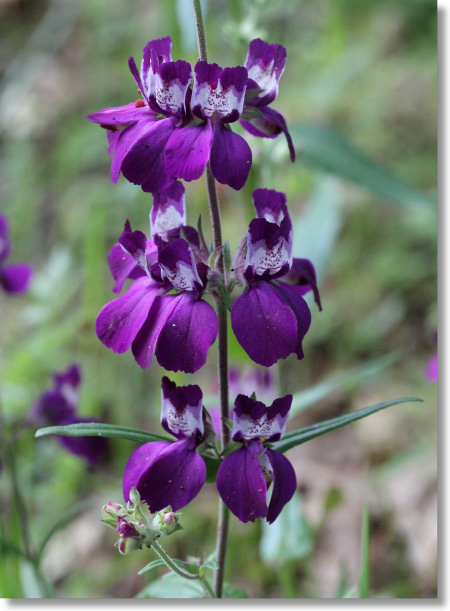 Collinsia heterophylla is one of the leading contributors to the spring bloom-offs in the Merced River Canyon, sprouting splotches of purple in shady areas to counter the sheets of poppies, popcorn, & co. that cover the sunnier spots. The Hite Cove trail is a reliable place to find it - frequently in the shadow of poison oak, so observe with caution. The flowers are reminiscent of the purple editions of fellow Collinsia member Tincture Plant, but inverted: the star-map speckles from the upper petals of Chinese Houses have relocated to the lower petals on Tincture Plant. Chinese Houses grow primarily in the foothills, peaking at around 3,000 feet and hanging around in Yosemite only at its lowest elevations. The plants are generally 1 - 2 feet high.

Collinsia heterophylla etymology:  Collinsia is homage to botanist Zaccheus Collins (1764-1831), who apparently didn't accomplish enough in his lifetime to warrant a Wikipedia entry. He should not be confused with the better annotated Zaccheus Collins Lee (1805 - 1859), who served as U.S. District Attorney and attended Edgar Allan Poe's funeral, a combination no encyclopedist could be expected to resist. Heterophylla, a Latin term, means "different leaves." 1 2 3 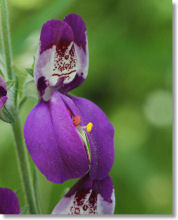 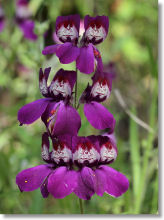 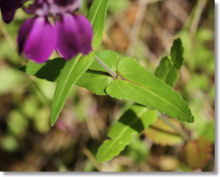 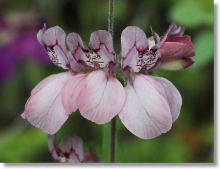