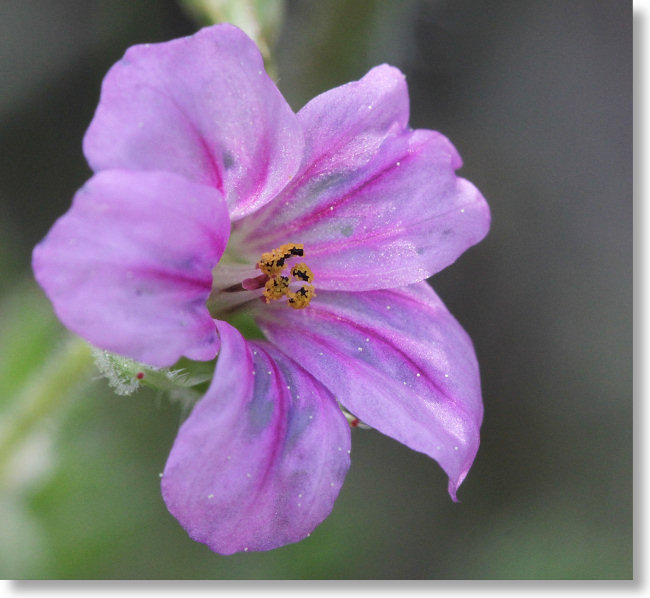 Erodium botrys was introduced from Europe sometime in the past few hundred years - the responsible party apparently thought better of mentioning it to the newspapers - and has found the going good. The tiny pink flowers appear by the thousands in the springtime on the foothills outside Yosemite, then morph into a sort of candy-striped candelabra, and finally create a curious and unlikely mature fruit that resembles an art-deco conflagration of a spear, a corkscrew, and the Fibonacci sequence. It's lucky that the fruits are so swoopy and attractive, because they're madly in love with your socks and want nothing more than to cling to them forever and ever.

Another less common variety of filaree, Erodium brachycarpum, looks extremely similar to Erodium botrys. The primary distinguishing characteristic is that brachycarpum is smaller - shorter plants, smaller flowers, and shorter beaks on the immature fruits. Plants at the low end of the normal botrys size range are no larger than brachycarpum, however, which makes this somewhat suspect as a method of identification. The best approach is to pretend you never read this paragraph and assume that any flower you see resembling the one in the above photo is Erodium botrys.

A third invasive filaree, Erodium cicutarium, grows in the same habitats as Erodium botrys but is easily distinguished from it - the petals are narrower and generally have less prominent vein striping. See these photos of Erodium cicutarium taken by other people. The fruits of cicutarium and botrys are extremely similar in appearance and function: they coil when they dry out and uncoil when they get wet, and the coiling/uncoiling action helps screw the seed (the arrowhead at the tip of the fruit) into the ground. Researchers at Harvard and UC Berkeley have produced a pair of short timelapse movies of the cicutarium fruit coiling and uncoiling; the page also features high-speed-camera recordings of the plant flinging its fruits away from itself with surprising violence. If pine trees worked this way you wouldn't be safe anywhere in Yosemite.

Size:  The plants are usually less than a foot high, but the occasional monster specimen can surpass three feet. The flowers are typically around a centimeter in diameter (a U.S. dime, by comparison, is a little under two centimeters in diameter).

Erodium botrys etymology:  Erodium descends from the Greek word for heron, referring to the long "beaks" of the fruit (the immature fruit, in the case of this species). Botrys derives from the ancient Greek term for a bunch of grapes, which is undoubtedly relevant for some reason or another. They don't just pick these names at random.

This Photo:  In the Ahwahnee Hills Regional Park, early May 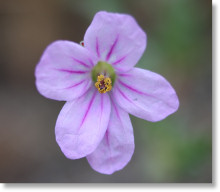