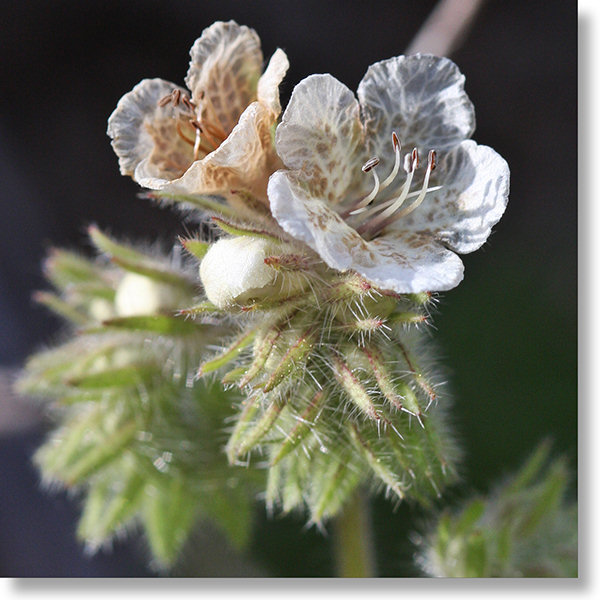 Caterpillar Phacelia is a staple of the Merced River Canyon west of Yosemite, joining with Live Forever to accessorize dry, rocky areas where other plants can't be bothered to settle. It's a reliable sight every spring along the Hite Cove trail, generally around the March/April boundary. You're far more likely to encounter it here or elsewhere in the canyon than inside the park itself, as it doesn't grow much above 4,000 feet.

Phacelia cicutaria etymology:  Phacelia derives from the Greek word for cluster, a reflection of the flowers' habit of appearing in bunches. Cicutaria is a reference to the Cicuta (Water Hemlock) genus, whose leaves are considered to resemble the leaves of Caterpillar Phacelia. (Cicuta is also the Latin term for hemlock.) 1 2 3

This Photo:  Along the Hite Cove trail, late March 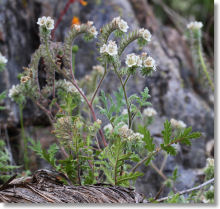 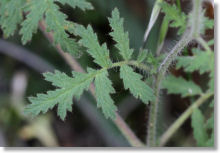 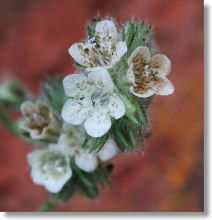