A Sandhill Crane is an intriguing sight, particuarly when it's doing its mating dance. They mate for life, which has been documented at up to 36 years, based on their dancing displays,[1] so you could be watching one of life's pivotal moments when you see a crane bowing and leaping about and generally acting as if it's recently ingested a hallucinogenic frog. There are up to 15,000 of them at a time at the refuge in the winter, and some of them are bound to be single, so watch patiently and you have a fair chance of being rewarded. This is one species, incidentally, for which you'll want to bring binoculars or a telephoto lens, as the cranes seem more wary of humans than are many of the other bird species in the refuge - geese and coots, for instance - and are seldom found right next to the road or trails. About thirty meters seems to be its minimum comfort zone. 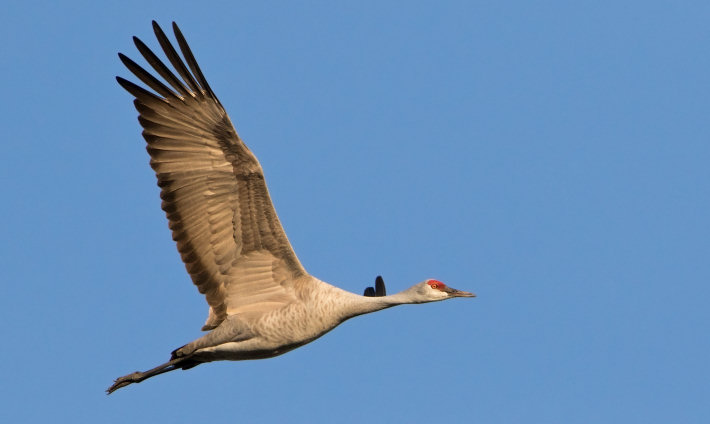 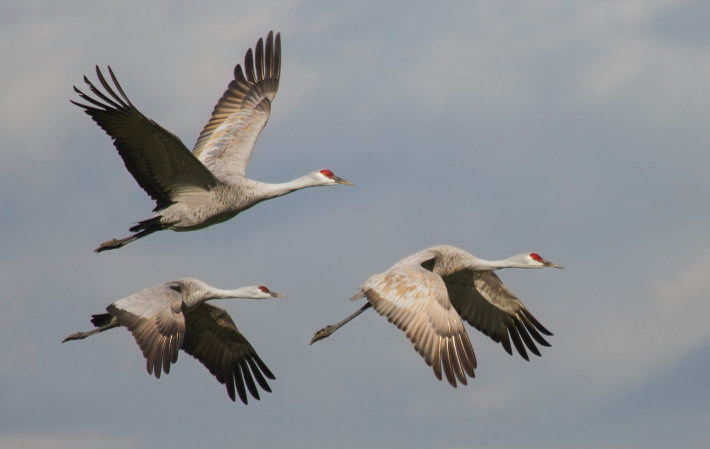