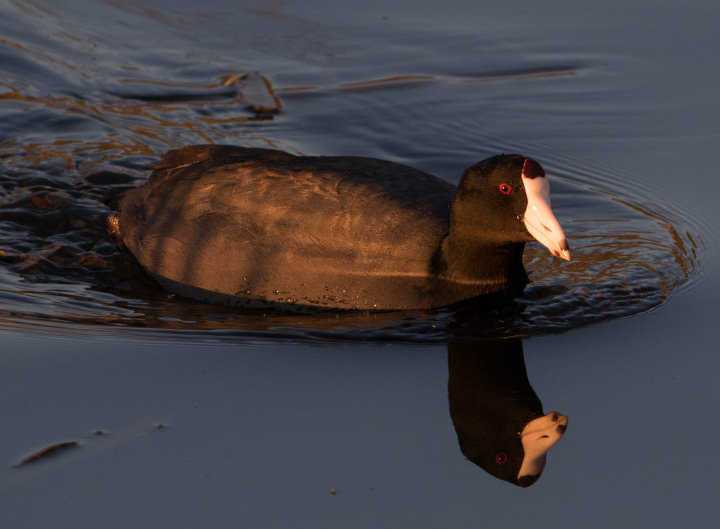 Coots are arguably the most casual of the refuge's ducks - or they would be if they were ducks, at least. They're actually members of the Rallidae family, which includes such intriguing members as the Uniform Crake, the Invisible Rail, the Snoring Rail, and the Inaccessible Island Rail, but no ducks at all. So perhaps we'll refer to them as waterfowl instead for the purposes of this paragraph. Anyway, as you drive around the refuge, you create a sort of waterfowl wake as the birds edge away from you into more distant waters, and though they all do it with a practiced nonchalance, the coots tend to be the last to leave as you arrive and the first to return after you drive on, as well as swimming the shortest distance away. They have taken our measure and they are not impressed, apparently.

If you're keen to see coots before you start the driving tour, visit the viewing platform adjacent to the main parking area. You'll often find them in the shallows to the left of the platform walkway, in the water beyond the platform, and picking away at the vegetation nearby.