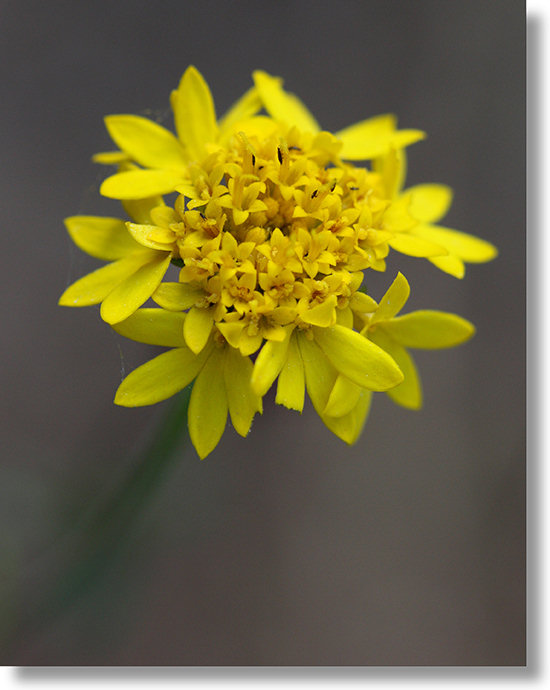 Yellow Pincushion is an unabashed advocate of the position that you can never have too many flowers. Not content to just cram the top of its head with tiny flowers like other composites, it drapes even more blooms over the rim in a show of excess rivaled only by Rose Parade floats. The difference, of course, is that Yellow Pincushion makes it look good.

Yellow Pincushion is primarily a foothill flower, and can be reliably found along the Hite Cove trail every spring. It's also an occasional occupant of the lower reaches inside Yosemite proper; I've seen it growing along Highway 41 above Wawona Meadow.

Glabriuscula derives from the Latin root glaber, meaning bald, smooth, or (probably not intended here) a young slave. -usculus is a suffix meaning small or lesser, so glabriuscula appears to mean "not as bald as other members of the genus."