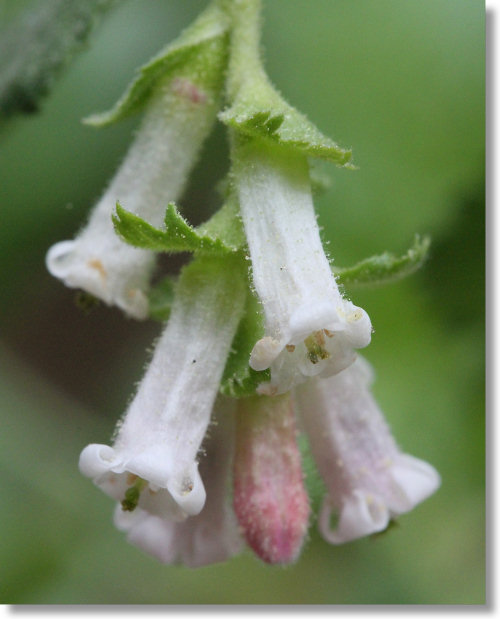 Wax Currant is a shrub reaching six feet or so in height. It grows in all the western states, but you'll be happiest examining the specimens in Yosemite, on account of the fact that doing so will require you to be in Yosemite yourself. You can find lots of Wax Currant along the Dewey Point trail. A similar looking subspecies, Ribes cereum var. inebrians, also grows in Yosemite, but only at elevations above 10,000 feet.

Ribes cereum etymology:  Ribes comes from the Arabic name for this genus, though it's unclear what the source of the Arabic word itself was. Cereum derives from the Latin word cereus, meaning 'wax' or 'candle'.

This Photo:  Along the McGurk Meadow trail, mid July 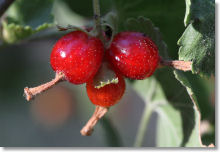 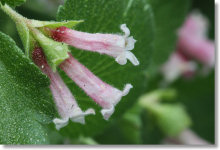