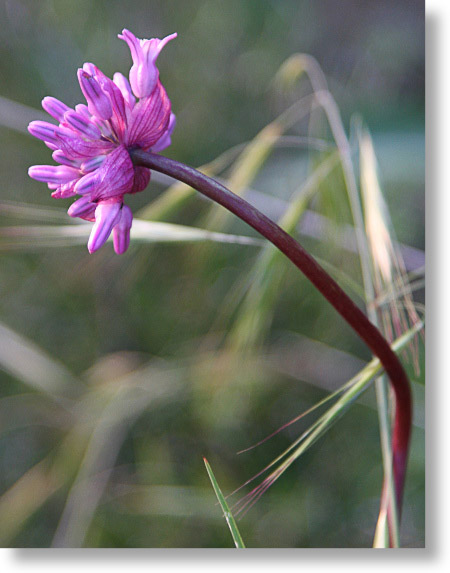 It's easy to look at the long, winding, no-two-alike paths taken by the stems of Twining Snake Lily and think: so here's what inspired the people laying out the lines at airport check-in! Except that airport lines don't have flowers at the end, so Delta et al come out second by a considerable measure in this comparison. They'll probably take this under advisement soon, though, given their unwavering commitment to customer service.

Twining Snake Lily is a common foothill flower, growing in dry, open areas west of the park - you should be able to find it on the Hite Cove trail every year, for instance. It also creeps into the lowest areas of Yosemite around El Portal and Wawona.

Dichelostemma volubile etymology:  Dichelostemma is a Greek term meaning cloven-hoofed crown or toothed crown. It refers to the appearance of the stamens (the bits sticking out of the center of the flower). Volubile derives from the Latin word volubilis, meaning turning, spinning, or winding, and refers, of course, to Twining Snake Lily's famously wandering stem, which seldom begins and ends in the same county.

This Photo:  Above the Fresno River northwest of Oakhurst, late May 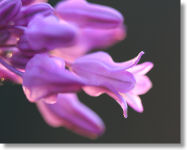