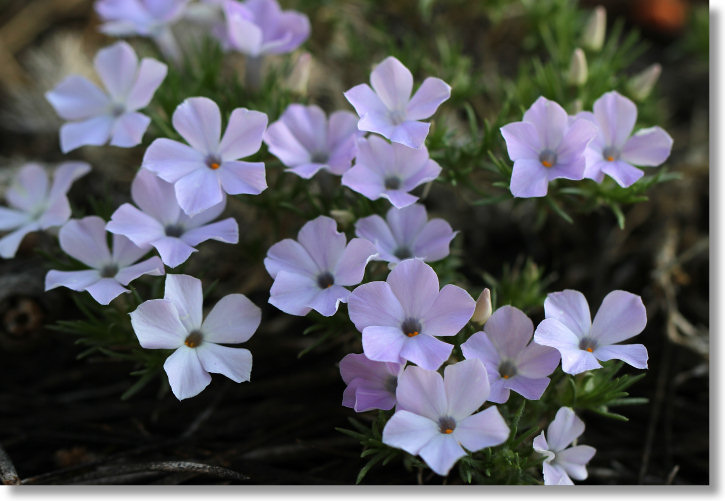 This ground-hugging flower is widespread throughout the park, growing in rocky, sunny areas. You can find it in especially large numbers along the Sentinel Dome trail, and if you're a flower photographer, you could well find the carpets of phlox lining the trail a bigger draw than the views from the dome itself at sunset.

Phlox diffusa etymology:  Phlox derives from the ancient Greek term for flame. Diffusa is a Latin word meaning spread out or wide, referring to this diminutive plant's tendency to spread out and cover considerably more horizontal than vertical area.

This Photo:  Along the Sentinel Dome trail, late June