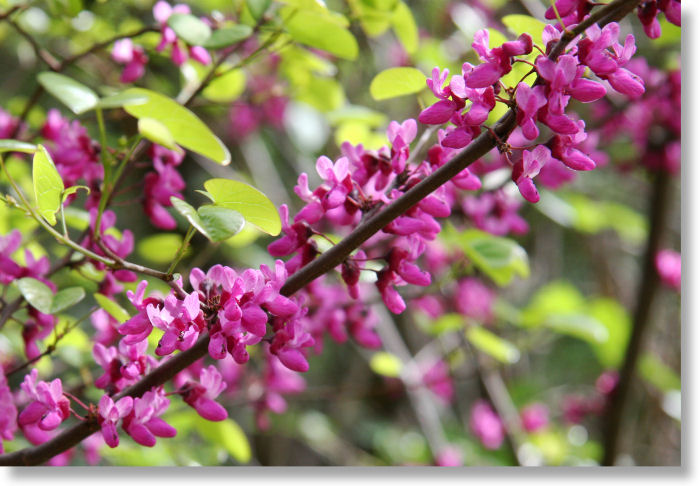 Habitat:  Foothill regions up to around 4,000 feet (1,200 meters). You can see it along the Hite Cove trail and other locations along Highway 140, including near El Portal.

Size:  The redbud is a narrow-trunked tree growing to about fifteen feet (four meters) in height. The classically pea-like flowers can reach an inch or so in length and bloom all at once in great swaths of pink that can be viewed safely without welding goggles, but just barely. A hillside of blooming redbuds is better than Barbie to almost any four-year-old girl (and just about anyone else, for that matter).

Cercis occidentalis etymology:  Cercis is from the ancient Greek word kerkis, meaning "weaver's shuttle." Presumably they had a good reason for this. Occidentalis means western, and is often used to name western hemisphere varieties of plants that also grow in Europe.

This Photo:  On the Hite Cove trail, early April

A Tree in Bloom