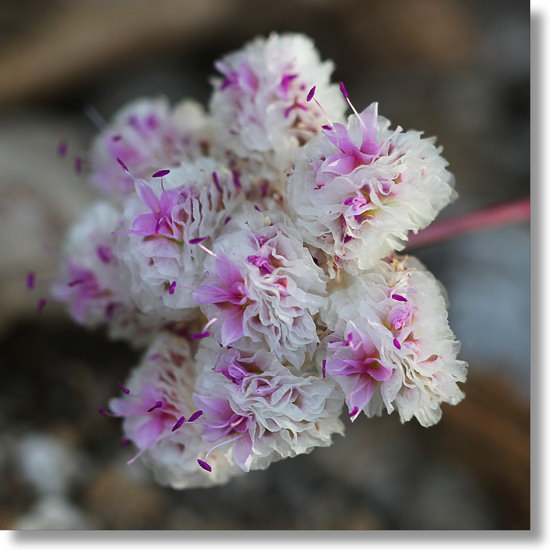 Pussypaws is among the most rococo wildflowers you'll ever see, apparently constructed of hundreds of tiny and delicate tissues painstakingly crammed, probably using some offshoot of TARDIS technology, into an impossibly small space. Yet it's also among the toughest plants, scorning the loamy earth and lush meadows where the delicate orchids and lilies grow and thriving instead in tough soils that appear to be made up entirely of pebbles and decomposed granite. It's sort of a Clint-Eastwood-in-a-quinceñera-dress vibe. Pussypaws is also the most actively curious of all the wildflowers, lying flat on the ground at night but lifting its stems several inches off the ground in the daytime to observe the world around it. Its opinions are unrecorded.

Pussypaws grows all over Yosemite at a wide variety of elevations. Anywhere you find rocky soils, such as along the shoulders of roads or near the park's many granite domes, Cistanthe monosperma is likely to be at home.

Cistanthe monosperma etymology:  Cistanthe, coined about twenty years ago to handle a variety of species previously categorized under other genera, means "rockrose flower," a reference to similarities between Cistanthe flowers and those of the Cistus (rockrose) genus. Monosperma is a Latin term meaning "single-seeded."

This Photo:  Along the Artist Point trail, late June 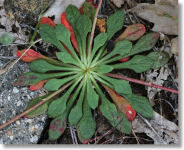