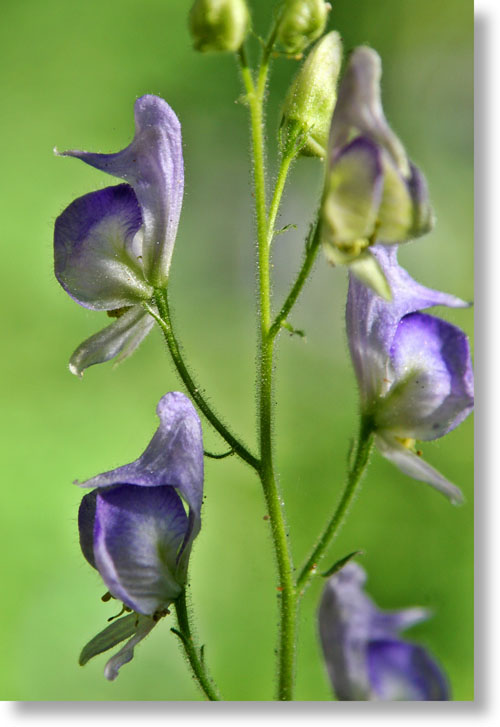 Monkshood is common to mid-elevation meadows and stream banks in Yosemite, particularly along Glacier Point Road. It's tall and lanky, capable of surpassing six feet. It's also notably toxic; Plants for a Future claims that mere skin contact can make people feel a bit off.

This Photo:  Near a stream on the Westfall Meadow trail, mid July