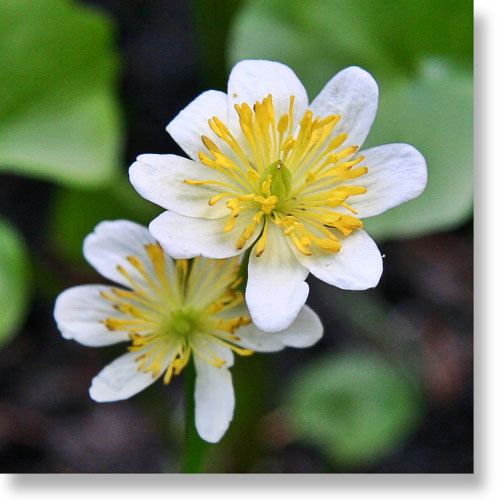 True to its name, Marsh Marigold grows in Yosemite's wetter areas - stream banks and swampy clearings, for instance. I've seen them gathered by the hundreds along the stream that meanders beside the Lukens Lake trail. If they're not blooming, you might be able to recognize them by their kidney-shaped leaves, which dwarf the actual flowers. Like a few other Yosemite species, such as Western Rue Anemone, Marsh Marigold flowers have no petals - what appear to be the petals are actually sepals, specialized leaves that cover and protect the flower during the bud stage.

This Photo:  Along the Lukens Lake trail, early July