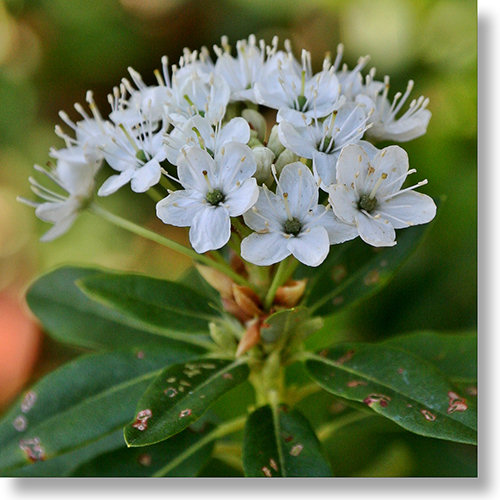 Labrador Tea is a shrub that likes semi-shady areas, particularly near streams. The leaves are aromatic when bruised, but the plant is poisonous, so brewing up a batch is inadvisable.

This Photo:  Near a streambed along the Pohono Trail between Taft Point and Sentinel Dome, late June. Elevation around 7,500 feet (2,300 meters).