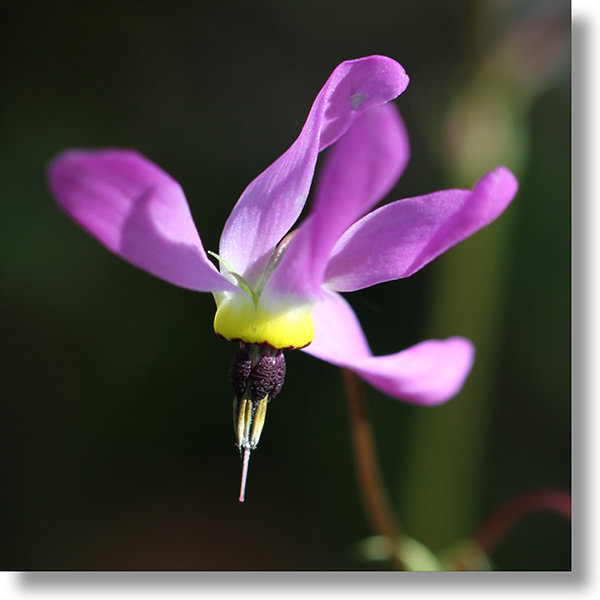 Several varieties of Shooting Star grow in the Yosemite area, and they all look essentially alike. One way to separate Henderson's Shooting Star from the pack is by when and where it grows: none of the other Primulas bloom before May or grow below 3,500 feet, so if the one you're looking at is blooming early and/or in the foothills, you've almost certainly found Primula hendersonii.

Primula hendersonii etymology:  Primula derives from the Latin term for "first", in reference to the genus's tendency to bloom early.[1] Hendersonii honors Louis Forniquet Henderson (1853 - 1942), who was, among other things, the first ever botany professor at the University of Idaho.

This Photo:  On the Hite Cove trail, mid March 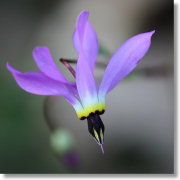