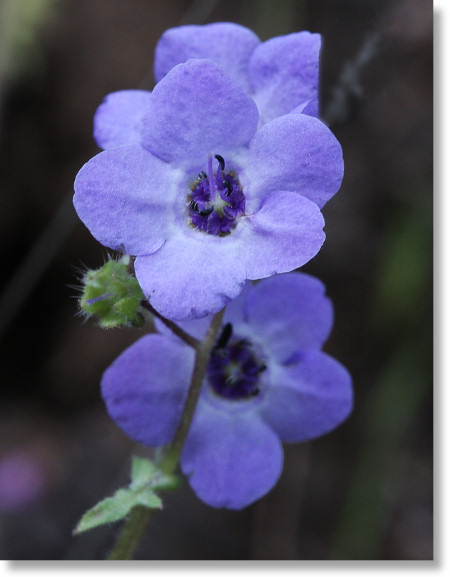 Fiesta Flower is a creature of the foothills, living just outside Yosemite Valley but never venturing in, lacking, as so many plants do, the twenty dollars for admission. It grows in abundance in the Merced River Canyon (the Highway 140 route to the park) and along the Hite Cove trail, which begins in the canyon and then proceeds up the south fork of the Merced.