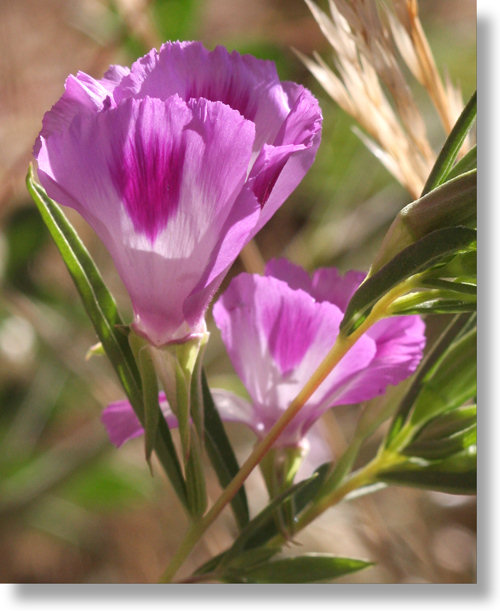 Clarkia williamsonii is one of the largest and showiest members of the Clarkia genus in the Yosemite area, standing out from the crowd in sunny meadows and other grassy areas from the foothills up to around 6,000 feet. You can find it scattered along the north side of Wawona Meadow - though not in nearly such profusion as its relative Farewell to Spring, which by rights should have its own congressman.

Clarkia williamsonii etymology:  The Clarkia genus is named for William Clark (1770 - 1838) of Lewis & Clark (1804 - 1806) fame. Williamsonii is homage to Robert Stockton Williamson (1825 - 1882), an engineer (μ∇2v - ∇p + f) who conducted surveys in Oregon and California to plot possible transcontinental railroad routes. Fort Miller (1851 - 1858 and 1863 - 1864) was a U.S. military fort south of Yosemite at the edge of the Sierra foothills. The site is now under Millerton Lake, but it's in the range of Clarkia williamsonii and it's possible that Williamson encountered both fort and flower during his travels. It would have been a nice pick-me-up for him, since he certainly didn't find any prime rail routes over the Sierra through Yosemite. If only more of us would go about the place discovering new species of wildflower when we're having bad days at work! Please add that to your to-do list.

This Photo:  Along the Wawona Meadow trail, mid July 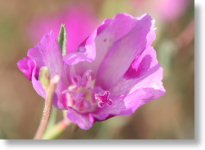