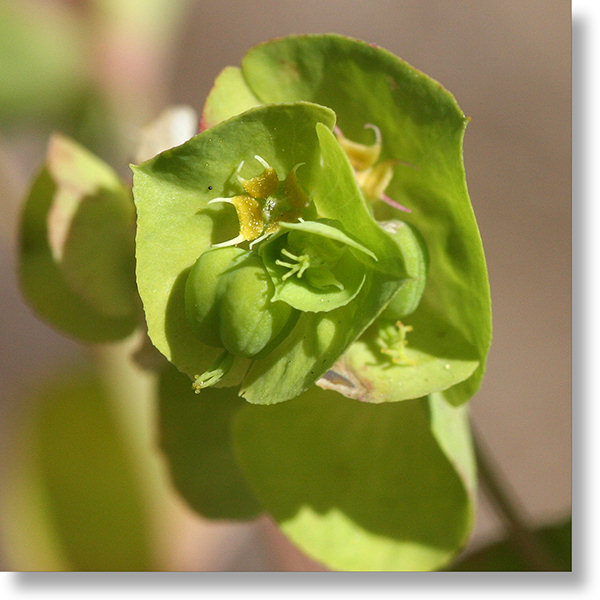 Chinese Caps is rarely seen in Yosemite. It's small and tends to blend in with its surroundings, and it's not particularly common to begin with. Though I've seen respectable stands of it in the foothills, a few plants along the Wawona Meadow trail constitute my only Yosemite sighting so far.

If Chinese Caps' low-profile scarcity and Jetsonian appearance haven't already vaulted it to the top of your coolest-wildflowers list, just consider this: Chinese Caps has an evil twin. Euphorbia esula, a European invader, has already taken over vast swaths of the west and crowded out a variety of innocent native plants. It's not believed to be infiltrating the Sierras yet, but it's virtually indistinguishable from Chinese Caps until it's turned into an unstoppable infestation, so its sleeper cells might already be out there, marshaling forces as they plot the demise of western civilization. Righteous!

Euphorbia crenulata etmology:  Euphorbia is named for Euphorbus, physician to Juba II, who was king of the ancient north African kingdom of Numidia. Sometime in the first century BCE, Euphorbus reputedly used a member of the genus to create an herbal remedy that cured Juba II of tummy problems. Crenulata is a variation of the word crenulate, which means "to have a margin with small, low teeth." In this case, it's describing the leafy bracts (also known as an involucre) that surround the flowers. Crenulate itself derives from the Latin word crena, meaning "notch," and if you look closely, you should be able to notice tiny notches or teeth along the edge of one of the bracts in the photo at the top of the page.

This Photo:  Near the Fresno River north of Oakhurst, mid June 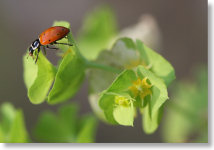 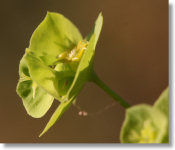