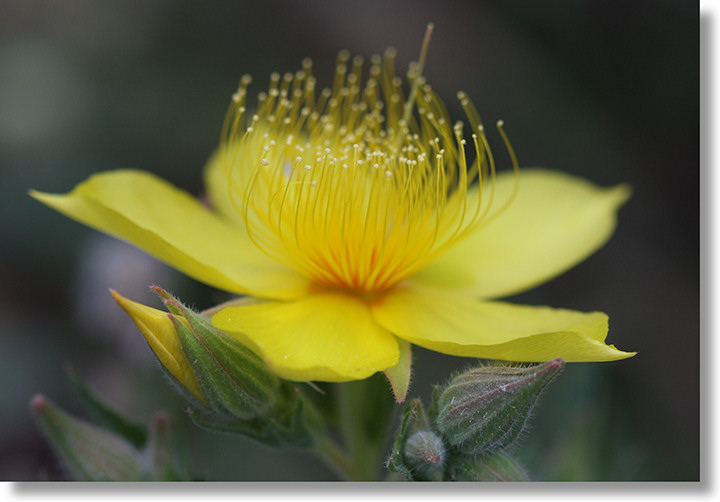 Habitat:  This is a foothill flower, peaking at around 4,000 feet (1,200 meters) elevation. You can usually find a large stand of it sometime in April about half a mile into the Hite Cove trail. If it's in bloom, you won't miss it - it's a big, bold, and aptly named flower.

Origins:  Native to the Yosemite area, and endemic to a fairly small area of California (see distribution map)

Size:  Plant up to two feet tall; flowers 2 - 3 inches across

Mentzelia crocea etymology:  The Mentzelia genus is named for German botanist Christian Mentzel (1622 - 1701), who has a German Wikipedia page but not an English one; it says he was famed for his Lexicon plantarum polyglottum universale, a book, or possibly some really special laundry, which "first appeared in 1682 in Berlin and was hung up again and again until 1815," according to Google's intriguing translation.

Crocea is a reference to the flower's color; it derives from the Latin word croceus, which means "of saffron."