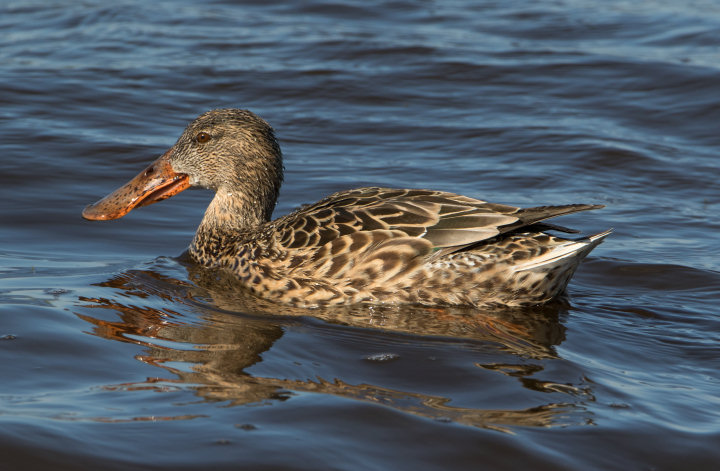 Female ducks are typically nondescript and difficult to identify without practice, but Northern Shovelers are an exception - their backhoe-sized bills make them easy to distinguish from any of the refuge's other inhabitants. It's a wonder they can hold their heads up with that kind of construction, which clearly doesn't meet code, yet they thrive, with a max lifespan of at least 16 years - 2,400 human years if you happen to measure in years per pound of body weight. Just think how much of your student loans you could pay off if you lived that long! We must be doing something wrong. Sixteen years, by the way, is far from the overall record for bird longevity. A Laysan Albatross first tagged in 1956 gave birth to a chick at the Midway Atoll National Wildlife Refuge in early 2016 at the age of 65. 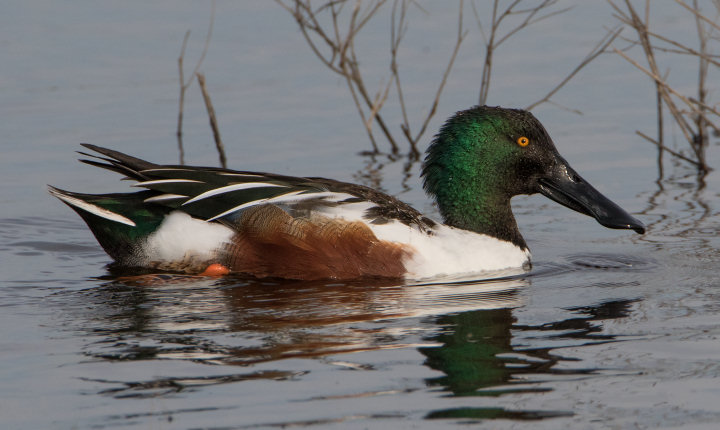