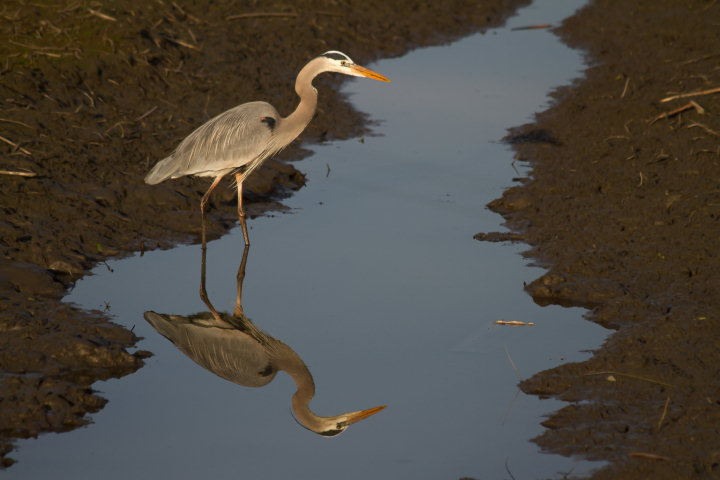 Great Blue Herons are among the largest and most glamorous of the refuge's residents, and add to their intrigue by being - at least from my observations - less predictable than the Lesser Sandhill Cranes and Great Egrets, which can usually be found at specific locations during the winter, with the cranes being so numerous then that you're likely to find them in any case during a circuit of the driving loop. I've yet to see more than one heron at a time in the refuge (they're solitary hunters but can nest in colonies) or see one in the same place twice.