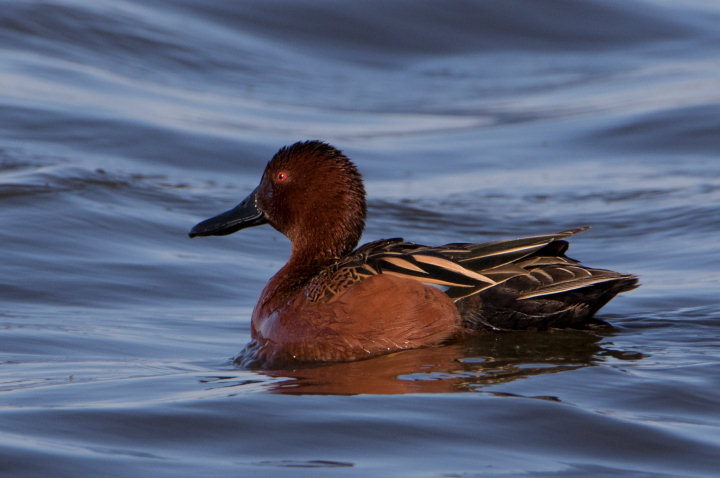 As is common in the duck department, male Cinnamon Teals are eye-catching and colorful, while females adopt a more subdued and practical coloring suitable for creatures that aren't at the pinnacle of the food chain and spend long periods sitting on nests outdoors. (See the photo below, which includes a male and half a female.) The males adopt their brighter plumage to impress the females and are willing to trust, apparently, that they're just too handsome to be eaten. 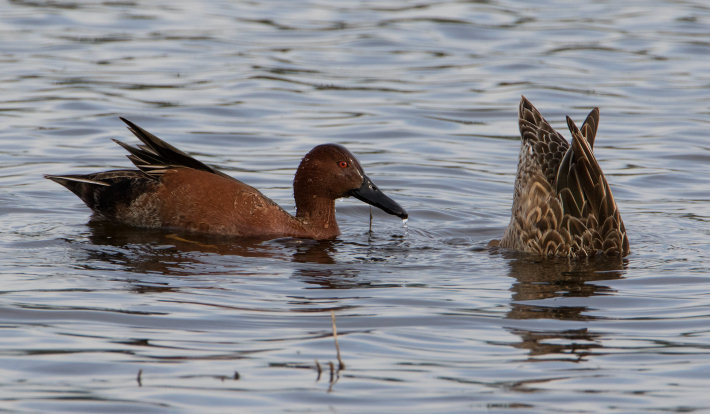