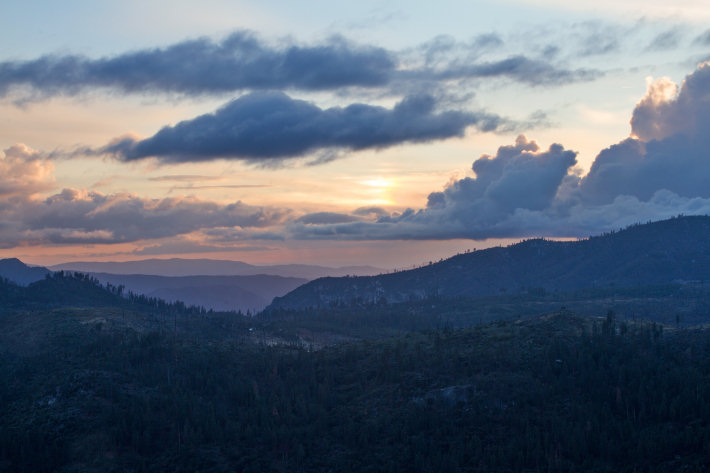 Aside from the absence of crowds, the primary advantage of Turtleback Dome over the Tunnel View is that if the views of Yosemite Valley aren't hitting the spot for whatever reason, you can just pivot and take in the views to the west instead. (At the Tunnel View, the western vistas are blocked by the mountain through which the Tunnel View's namesake tunnel is cut.) The western view at Turtleback Dome, consisting of the Sierra western slope sloughing off into the Central Valley, isn't as geologically impressive as the valley view, but it's reliably pretty at sunset as long as clouds aren't blocking the sun entirely.