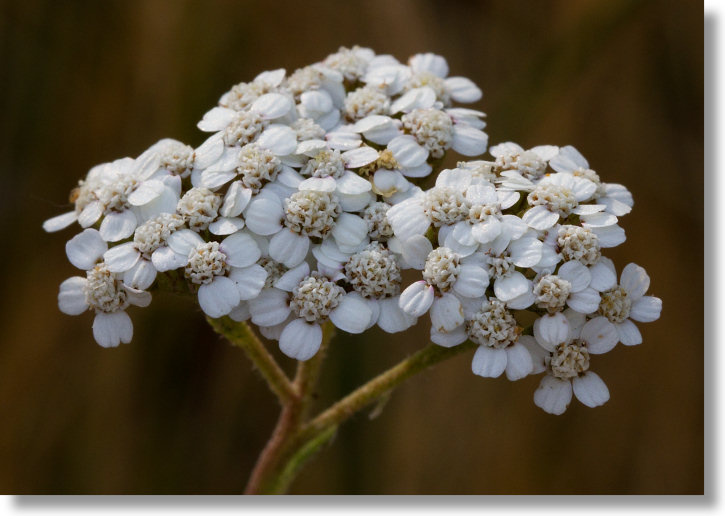 Where to find it:  Meadows and meadow fringes, primarily at the park's low to mid elevations. There's usually a healthy supply of it along the Wawona Meadow loop where the road crosses the golf course and more elsewhere along the trail. It's also a staple of Yosemite Valley's meadows. And you might just try looking out your front door - Yarrow is native to all the US states, every Canadian province and territory, and various parts of Europe and Asia.

Size:  The flowers are small but can form clusters several inches across. Plants, at least in Yosemite, are typically 1 - 2 feet tall.

Achillea millefolium etymology:  Achillea is named for Achilles, hero of the Iliad, who reportedly used yarrow to help staunch wounds suffered by his soldiers. Millefolium means "thousand leaves", referring to the leaves' habit of branching in to fine, feathery filigrees. [1] [2] 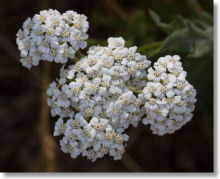 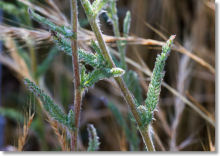