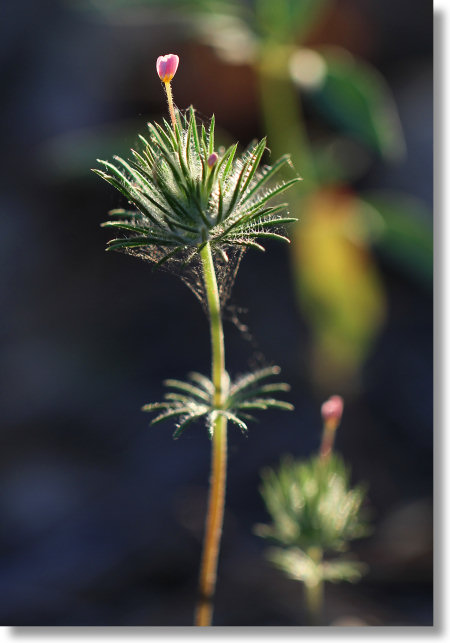 Whisker Brush is one of Yosemite's tiniest wildflowers, with blooms only a few millimeters in diameter. You're more likely to notice the leaf clusters from which the plant gets its name, though those aren't particularly large either, typically not getting much over an inch in diameter. It's hard to believe that something this small could get up to much mischief, but it did recently manage to get kicked out of its original genus (Linanthus), something that not even your rowdiest of friends will accomplish during their lifetimes, so apparently there's a touch of Nac Mac Feegle in Whisker Brush. It's common (although, due to its size, not commonly found) in Yosemite, generally growing in dry, rocky soils.

Leptosiphon ciliatus etymology: Leptosiphon is Greek and translates to "narrow tube", referring to the corolla (all the petals of the flower) on some members of the genus, albeit not this one. Ciliatus is derived from cilius, the Latin word for eyelids or eyelashes, and in botanical circles indicates a plant that has hairs along the edges of some part of it, such as the leaves. [1] 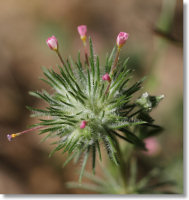