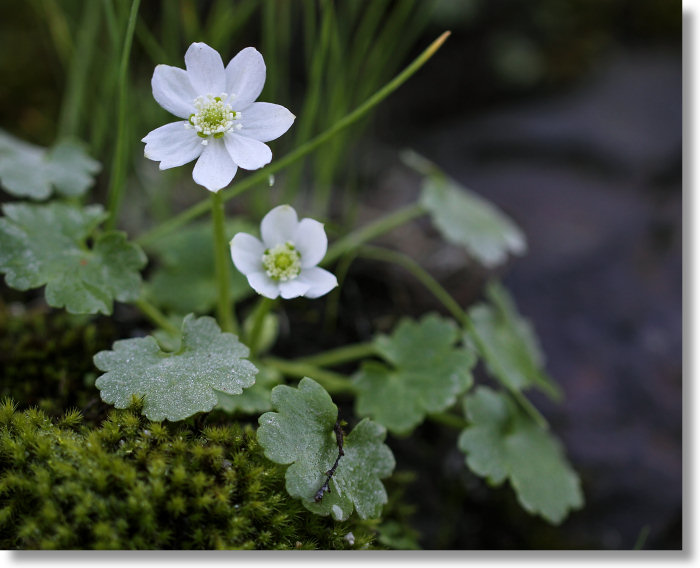 Waterfall Buttercup likes things wet, growing on canyonsides where seeps or waterfall mist can keep it well spritzed. It starts blooming in January in the Merced River Canyon west of Yosemite and lasts into June on the cliffsides above Yosemite Valley. It can establish itself in steep, rocky spots where only an inch or two of moss-encrusted soil clings to the granite.

Ranunculus hystricula etymology:  Ranunculus derives from the Latin diminutive form of the word "frog", and hystricula from hustrix, a Greek word for porpupine. A real-life combination of these two creatures would be terrifying, but Waterfall Buttercup itself presents little threat to a cautious observer.

This Photo:  Along Highway 140 in the Merced River Canyon, late January 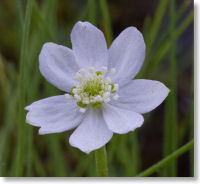