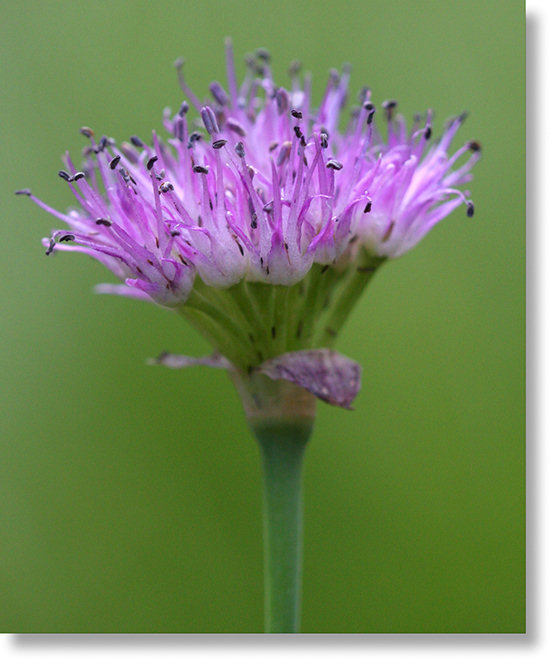 Allium validum is a hardy high-country onion, thriving at elevations above 6,000 feet where your wussy, garden-variety city onions would be dead within hours. It likes the frigid mountain waters found in boggy meadows or along streambanks and will happily spend its entire lifetime there, shaming those Scandinavian leathernecks who think they're tough because they jump into a chilly sea for a minute or two on New Year's Eve. When Veggie Survivor: Sierra Wilderness shows up on your local viewing schedule, put all your money on Swamp Onion.

Tioga Road, Yosemite's highest highway, is the place to go when you seek Swamp Onion - especially the east end of the road and the trails that begin there. Allium validum grows at elevations up to 11,000 feet.

Allium validum etymology:  Allium is the Latin word for garlic, alium, with an extra L thrown in for structural integrity. Validum is from the Latin word validus, meaning strong, powerful, or influential, referring to the plant's oniony odor.

This Photo: Along the Tioga Road near the Mt. Gibbs reflecting pond, late July 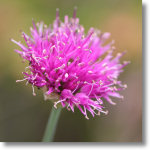