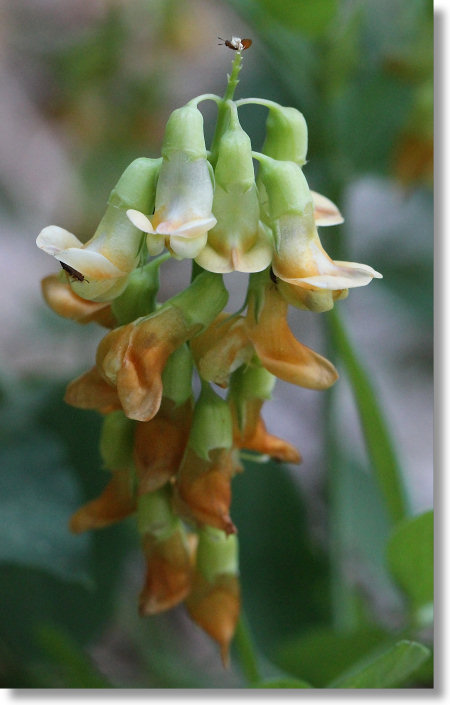 Where to find it:  It's not widespread in Yosemite, but there are several plants in the Wawona Meadow area - check near the clockwise trailhead and between that trailhead and the Wawona Hotel grounds. I've also seen it occasionally in the hills above Midpines.

Lathyrus sulphureus etymology:  Lathyrus derives from an ancient Greek name for a plant believed to be an aphrodisiac (a property you should not ascribe to plants in the Lathyrus genus, which can be toxic to humans and livestock). Sulphureus derives ultimately from sulfur, the Latin term for sulphur, and means "sulphur-colored". [1] [2] [3]

This Photo:  Along the Wawona Meadow trail, late June