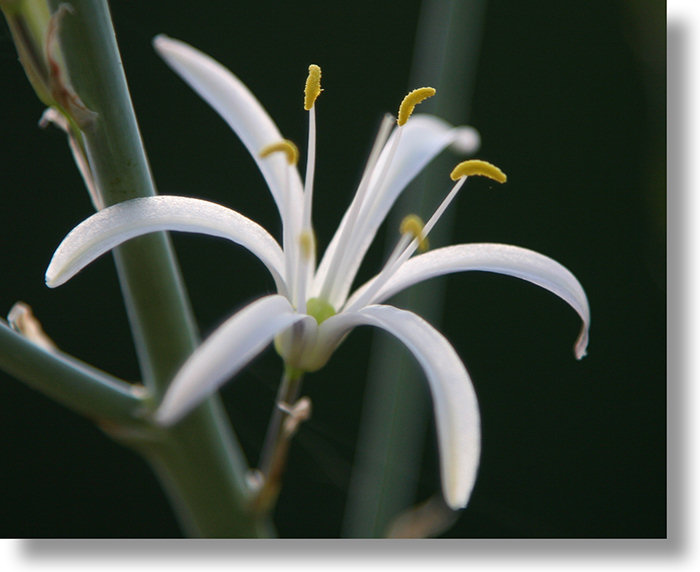 Soap Plant isn't one of those modest little flowers that you might accidentally trample without noticing. The blooms are often a couple inches in diameter, and the plants themselves can reach several feet high. Though you won't run over a mature plant without smacking yourself in the nose, you might walk past one in the daytime without realizing it's a soap plant, since the flowers don't open until around sunset.

Habitat:  Dry areas below 5,000 feet. They're widespread in the foothills, but I've also seen them blooming by the dozens along the Wawona Meadow loop.

Chlorogalum pomeridianum etymology:  Chlorogalum, according to the Jepson Flora Project, is a Greek term meaning "green milk". Pomeridianum derives from the Latin term for "afternoon" and most likely refers to the plant's habit of blooming late in the day.

This Photo:  Above the Fresno River north of Oakhurst, mid June. Elevation about 2,300 feet (700 meters). 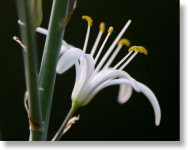