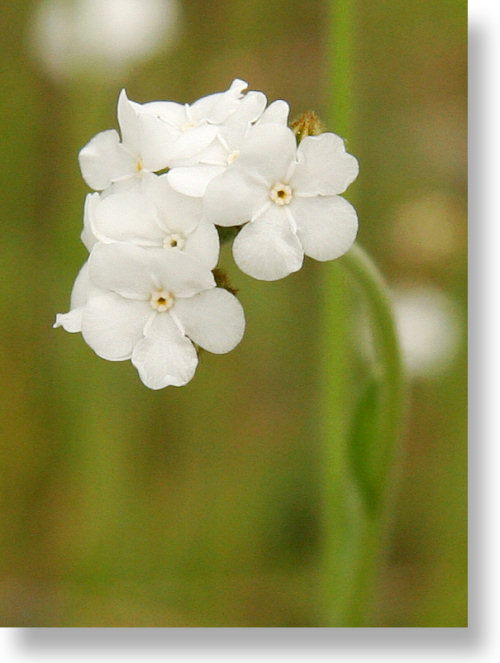 Size:  The flowers are tiny, usually ten millimeters or less in diameter, on slim stalks typically around a foot tall. Though small, popcorn flower is one of the most widespread foothill flowers, capable of transforming springtime landscapes. If you're driving up to Yosemite and you see vast sheets of white flowers whizzing past, you're probably looking at popcorn flower.

Plagiobothrys nothofulvus etymology:  Plagiobothrys is a handful, and rather than try to explain it, I'm just going to quote directly from the Jepson Manual, the ultimate authority for people who speak botany: Greek: sideways pit, from position of nutlet attachment scar. Thanks, Jepson! Nothofulvus is a mashup of the Latin terms nothus, meaning bastard or phoney, and fulvus, meaning tawny. The coinage means "almost tawny"[1] and appears to refer to the plant's fruit.

Many wildflower books omit the space and refer to this plant as "popcornflower". Theydothistomakeiteasiertoread.