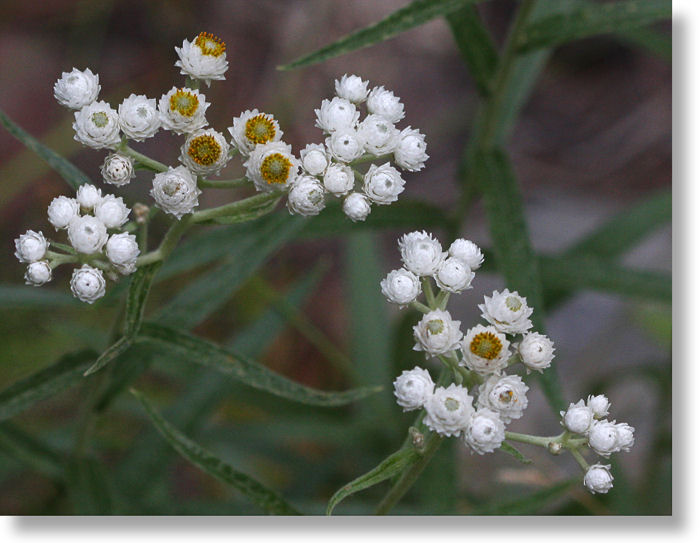 Pearly Everlasting is widespread in Yosemite and beyond, appearing natively in all the contiguous states except for a band stretching across the southeast, along with, for some reason, North Dakota. It's also native to Alaska, parts of Asia, and all the Canadian territories except Nunavut, which it hasn't heard of yet. In short, Pearly Everlasting gets around, and there's a fair chance that Yosemite won't be the first place you ever see it. If you do discover your first one here, though, look closely and you'll see that it's not actually a white flower, but rather a composite with lots of tiny yellow or orange flowers surrounded by white bracts (a form of leaf). It's most common at the park's low to mid elevations, usually in fairly dry areas.

Anaphalis margaritacea etymology:  Anaphalis is the Greek term for a similar plant. Margaritacea is a derivation of the Latin term for pearl, margarita, and means "pearl-like" in botanical circles. [1] [2] [3]

This Photo:  Along the Harden Lake trail, mid August