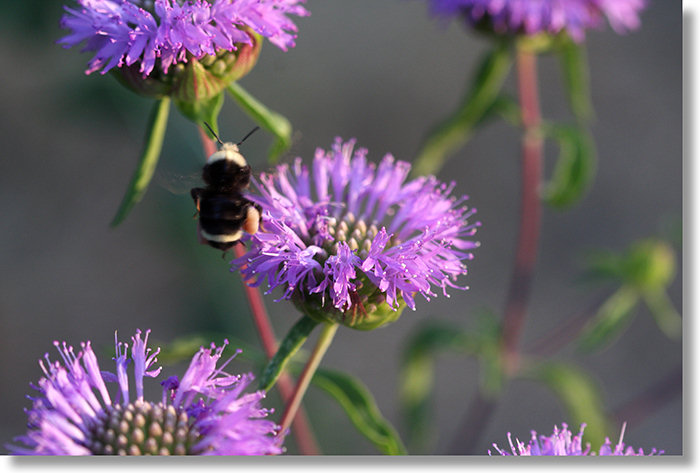 Mustang Mint likes dry, sunny places over a wide range of elevations. Similar looking species grow at higher locales, notably Mountain Pennyroyal (Monardella glauca), but if you see something resembling these photos in the foothills, you can bet both kidneys that it's Mustang Mint. True to its name, rub the leaves with your fingers (or whatever's handy, for that matter) and you'll get a strong dose of mint aroma. Its leaves can reputedly be used to brew tea, though you didn't hear that here, especially if it kills you.

Size:  Plants up to two feet high; flowers around two inches in diameter

Monardella breweri lanceolata etymology:  Monardella is a dimunitive form of Monarda, a genus named for Spanish botanist Nicolás Monardes (1493 - 1588). Breweri honors American botanist William Henry Brewer (1828 - 1910), an adventurous sort who joined surveying expeditions to California (1864), Greenland (1868), and Alaska (1899, when he would have been 70 years old). Lanceolata means lance-shaped, and refers to the plant's leaves.

This Photo:  North of Oakhurst near Highway 49, late June