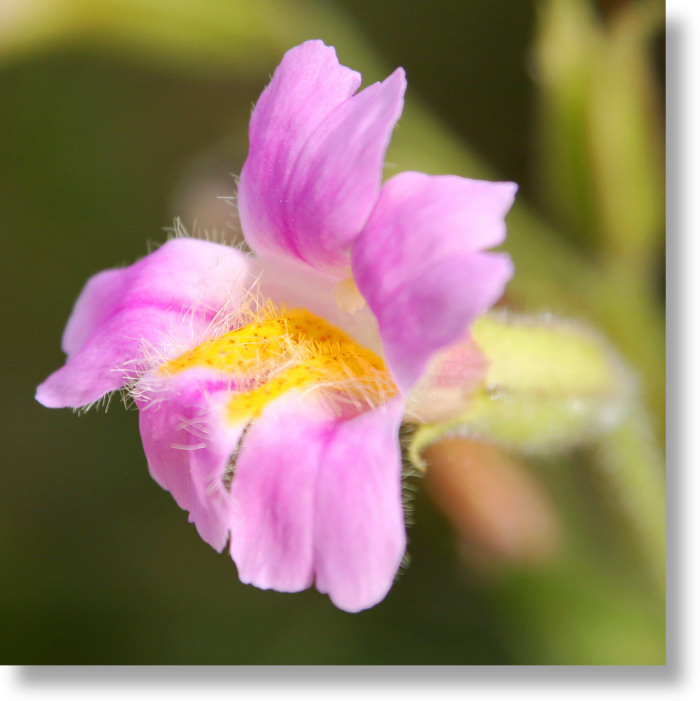 Size:  The plant grows one to three feet high. The flowers are big and flashy, often a couple inches across. You won't walk past a blooming Lewis's Monkeyflower without noticing it.

Mimulus lewisii etymology:  Mimulus derives from the Greek word for mime, because some members of the genus are said to resemble faces. Lewisii is homage to Meriwether Lewis (1774 - 1809) of the Lewis & Clark expedition.

This Photo:  Along the Sunrise Lakes trail, late July 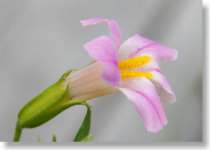 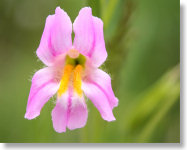 Into the gaping etc. 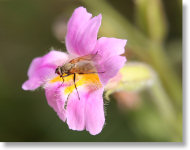 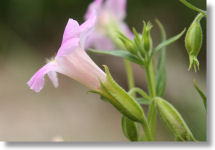