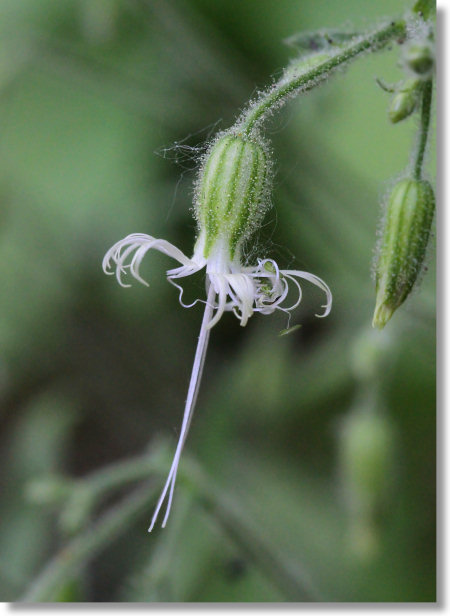 Where to find it:  Common at the park's low to mid elevations; I find it reliably every year along the far side of the Wawona Meadow loop trail, usually right next to the trail on the uphill (away from the meadow) side. The flowers are quite small and it takes a looking-for-flowers sort of temperament to notice them. They're adorable, though; just click on the flower photo at the bottom of the page and tell me you don't see a tiny, photosynthesizing octopus.

Silene Lemmonii etymology:  Silene is named for Silenus, a tutor and companion of Bacchus (also known as Dionysus) in Greek mythology, and, per Wikipedia, the "oldest, wisest, and most drunken" of Dionysus's compatriots. Does this have anything to do with Lemmon's Catchfly? They are perennials and are also quite wobbly, which is as sound a connection as you're likely to find in this field. Lemmonii is a tribute to huband & wife botanist team John Gill Lemmon (1832-1908) and Sara Plummer Lemmon (1836-1923), who discovered a variety of plant species in the west. [1] [2] [3] [4]

This Photo:  Along the Wawona Meadow trail, late June 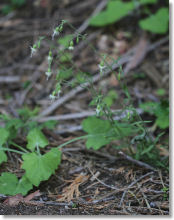 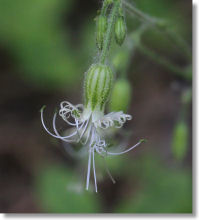