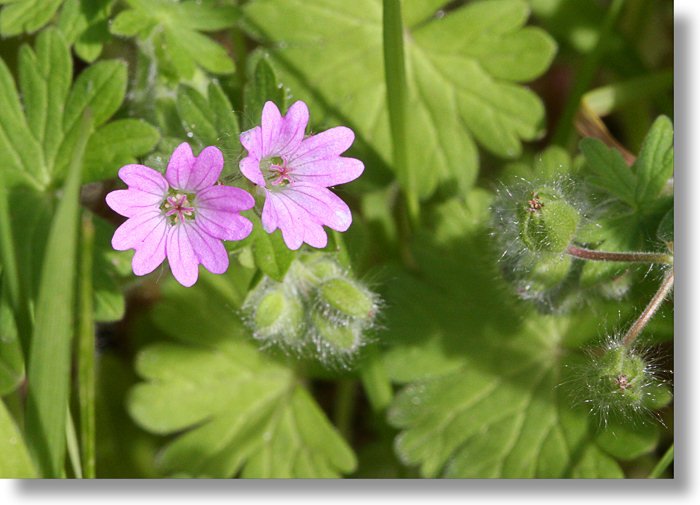 Dove's Foot Geranium is an invasive plant that's slouching its way towards Yosemite along Highway 140. It's a European native but fled to North America in murky circumstances, probably after a love affair gone wrong. It operates under a number of aliases (see above) and is not to be trusted.

It's a very small flower, dwarfed by just about everything else, including its own leaves. It appears to have ten petals per flower, but if you look closely, you'll see that it's really just got five. Is it mocking us or just trying to compensate for something? Like most flowers, it's not talking.

Geranium molle etymology:  This translates as "soft crane's bill." Like you didn't already know that.

This Photo:  Along Highway 140 in the Merced River Canyon, late March 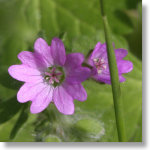