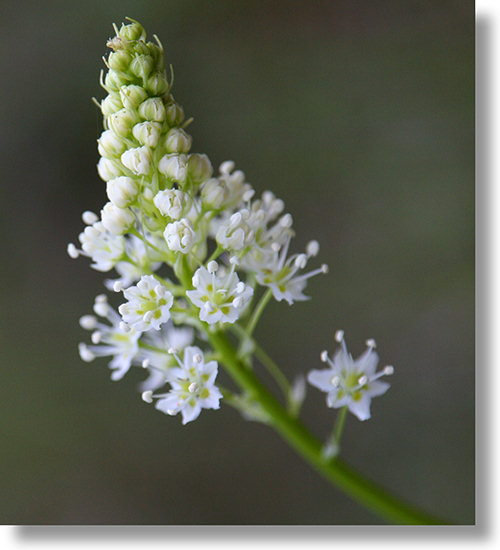 No matter how much they beg you, don't let your livestock accompany you to Yosemite and graze on Death Camas. It's pure poison from tip to toe, and sampling its delicate shoots will be their last happy act. Don't eat it yourself, either, for that matter.

Toxicoscordion venenosum etymology:  Toxicoscordion is Greek for "poison garlic", a reference to the poisonous bulb. Venenosum, which is mentioned twice in the scientific name for Death Camas, derives from venenum, Latin for poison. There seems to be a theme here. [1] [2]

This Photo:  Near the western shore of Bass Lake, late May. Inside Yosemite, I've seen it along the Wapama Falls and Wawona Meadow trails, and it's also reputed to grow in Yosemite Valley.