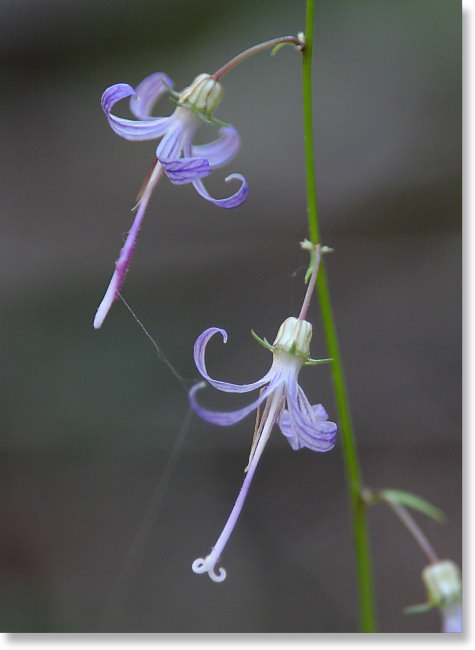 California Harebell grows in shady areas of Yosemite's evergreen forests and is reportedly widespread, though it's not easily spotted due to the small flowers & plants and the dark habitats it favors. I've seen it along the Wawona Meadow trail and in the Crane Flat area (Crane Flat is the western terminus of the Tioga Road).

Asyneuma prenanthoides etymology:  Asyneuma, per the Jepson Herbarium, derives from a Greek coinage meaning "possibly not together", referring to the divided corollas common to the genus - or to some members of the genus, at any rate. Prenanthoides is a reference to the Prenanthes genus, which is another term of Greek origin meaning, basically, "downward-facing flowers". 1 2 3

This Photo:  Along Highway 120 near Crane Flat, late July 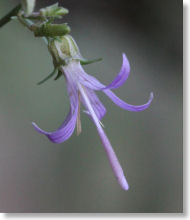