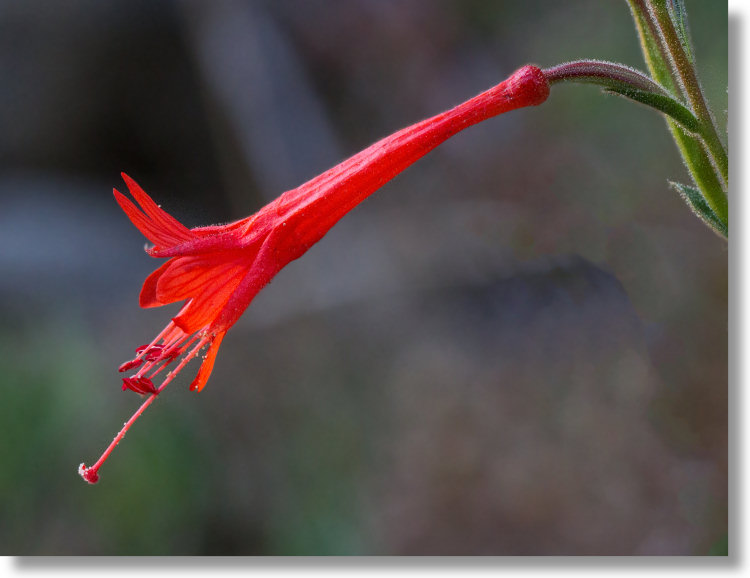 Where to find it:  Generally in dry areas at Yosemite's lower elevations. I've seen it along the trails heading beyond the Wawona Swinging Bridge on the north side of the river, both upstream and down, as early as August and as late as October.

Epilobium canum etymology:  Epilobium is a Greek construction meaning "upon the lobe", referring to the inferior ovaries of the genus. (An inferior ovary is one that lies below where the other flower parts are attached. Assuming the flower points straight up, at any rate.) Canum is a Latin term meaning, gray, ash-colored, or old, presumably a reference to the leaf color, though the leaves are still more green than gray. [1] [2] [3] [4]

This Photo:  Near the Wawona Swinging Bridge, early August 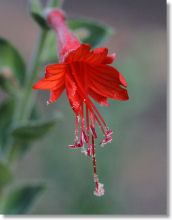