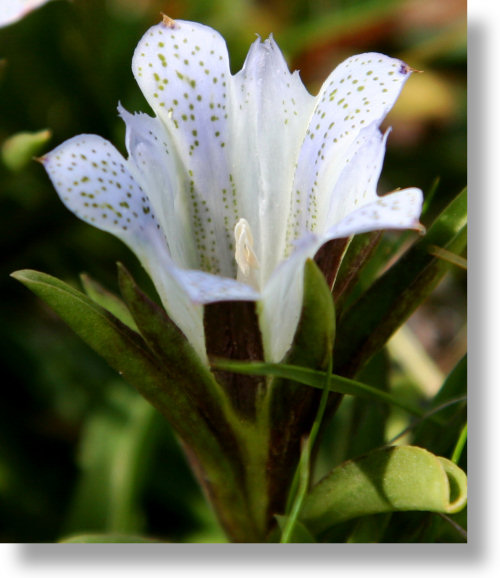 Size:  The flowers are up to two inches high, but easy to overlook because the plants themselves are short (generally four inches or less).

Gentiana newberryi etymology:  The Gentiana genus is named for Gentius, ruler of the ancient Greek region of Illyria from 181 - 168 BCE, who was thought to have discovered that the plants of the genus had medicinal properties. Newberryi is a tribute to champion beard grower John Strong Newberry (1822 - 1892), who also served as a geologist & naturalist on a trio of expeditions from 1855-1859 that explored vast areas of the western U.S.

This Photo:  Along the Glen Aulin trail, late July. Elevation around 8,500 feet (2,600 meters). A little over a mile into this hike, the trail emerges from the woods to a bend in the Tuolumne River with a meadow on the other side. This gentian was growing along the near bank of the river here. 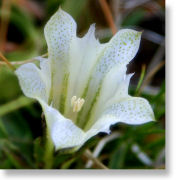