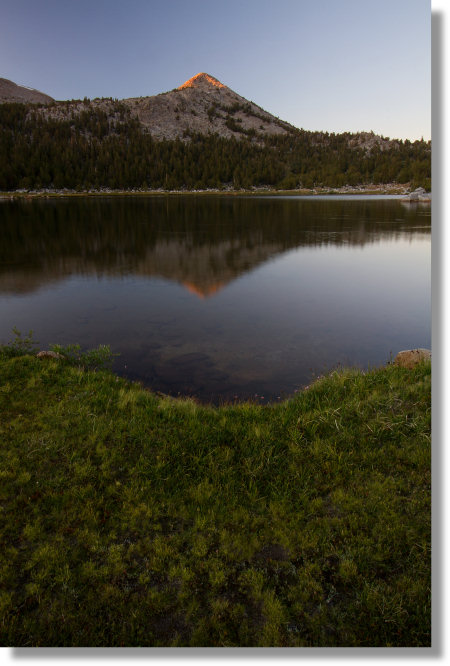 The sunset-specked peak in the background of this photo tops 11,000 feet (3,350 meters), higher than anything east of the Mississippi, half again as high as anything on the entire continent of Australia, and nearly as large as any two hairdos in Texas. There are asteroids smaller than this mountain. Yet it has no name. This implies some impressive things about the scale of Yosemite and the ability of the USGS to resist the blandishments of (to present an entirely hypothetical example) the Frito-Lay Corporation.

Note that this photo was taken with a wide-angle lens, which makes the far shore appear more distant than it really is; it's actually a fairly small lake, and the mountain looms much larger in person. In real life, while I was setting up for this shot I could see a pair of coyotes romping on the opposite shore.