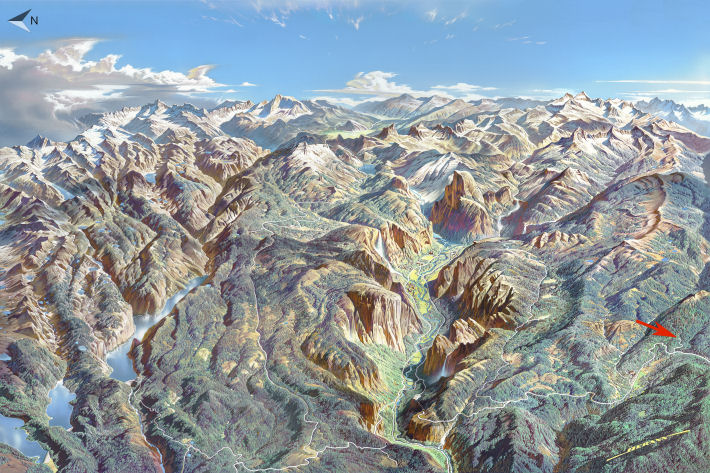 The Mariposa Grove is nearly as far south as you can get in Yosemite, a circumstance telling of the park's piecemeal history: the original Yosemite Grant, from 1864, merely set aside Yosemite Valley and the Mariposa Grove to be preserved by the state of California. It took another 25 years for Congress to pass legislation that created Yosemite National Park, filling in the parts between the grove and the valley and considerably more besides, though the grove and valley themselves remained under control of the state of California until 1906, and the park underwent various alterations after its 1890 creation, largely at the behest of commercial interests that wanted areas with mining and logging potential removed from the national park system. Much of Wawona, for instance, was de-parked as part of a massive abridgement in 1905 and didn't get restored until 1932, by which time a golf course had appeared in the meadow. The park service website has a map showing the history of the park's boundaries; read Yosemite: The Embattled Wilderness, particularly chapter six, for a more detailed discussion of the various bites taken out of Yosemite during its early years.

Note that if you're not on a mobile device or other small screen, you should be able to click on the map to see a larger version. Otherwise, here's a larger version you can scroll around on.