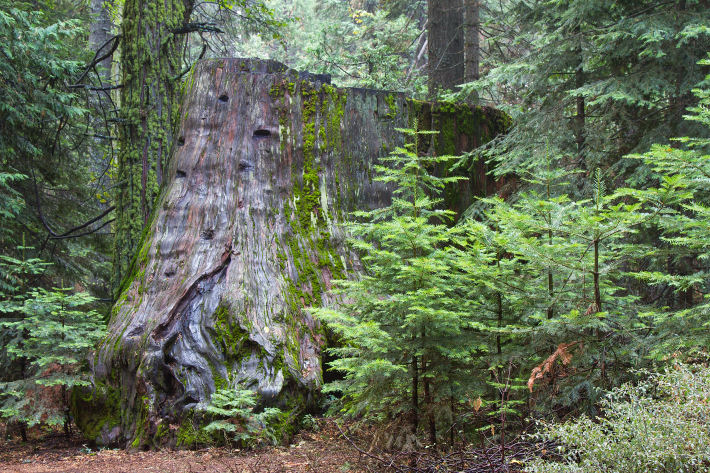 Ghosts in the Grove

If you ever wonder what the difference is between you and a 19th-century lumberjack, consider what you would do the first time you chopped down a giant sequoia in Nelder Grove and counted the rings and discovered that it was over a thousand years old. I'm just guessing because I don't know you, but probably: feel some remorse, flee before you get arrested, and give up meth, because why were you cutting down a thousand-year-old sequoia to begin with?

If you were a late-19th-century lumberjack (or early-20th-century one), though, you would proceed to cut down another 250 of them.[1] Granted, most of them would be smaller than eight feet in diameter[2] - roughly big enough to fit your bed inside, if the tree weren't already full of tree - but the toll included several more mature sequoias, too. You can see the evidence scattered throughout the grove, including a pair of decapitated giants right next to the Bull Buck Tree (see below). The Nelder Grove is still an impressive place, but you can't help wondering what might have been.