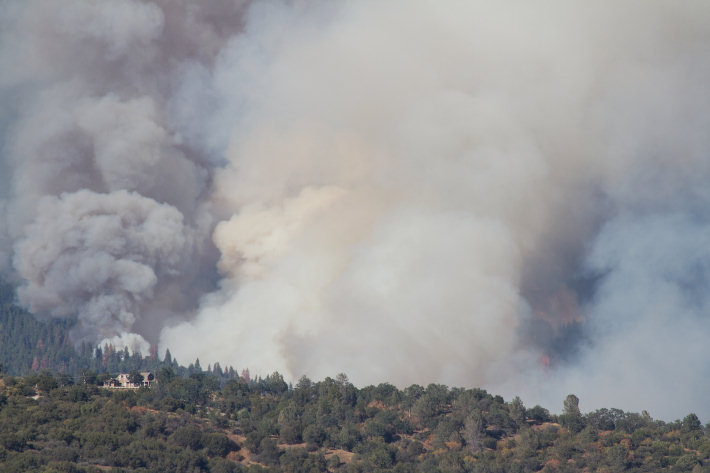 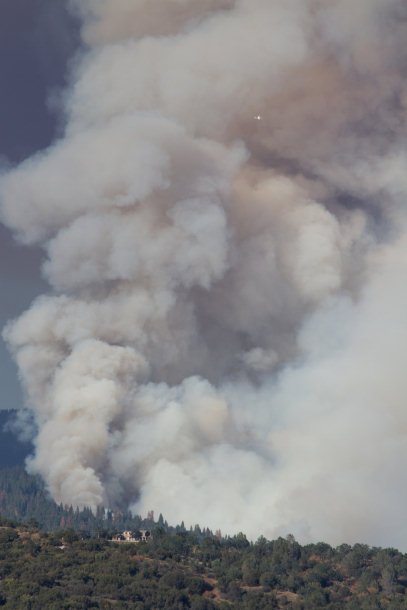 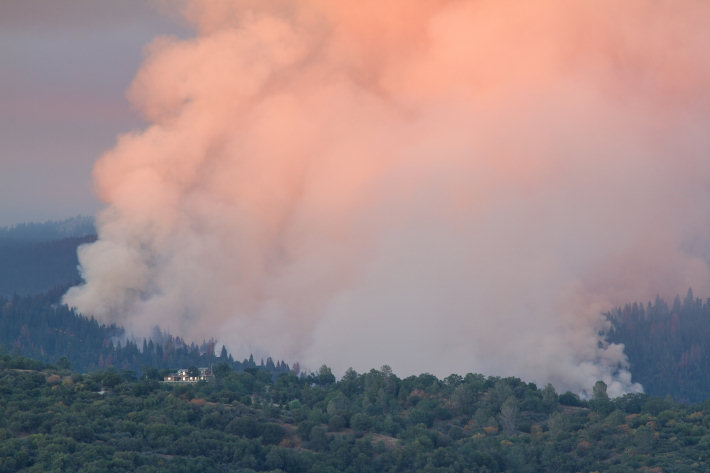 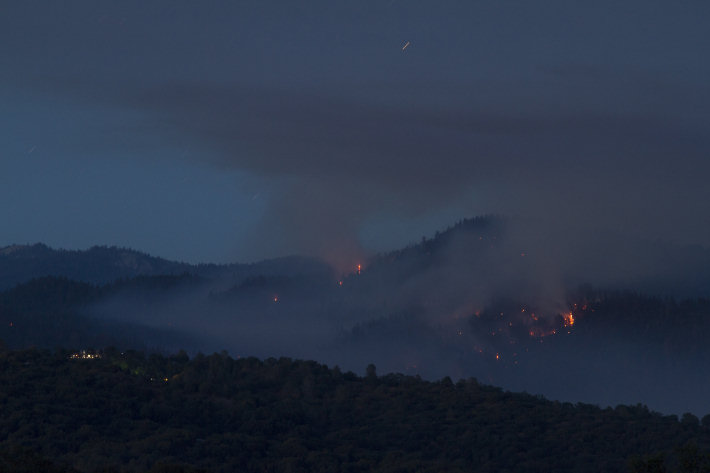 Four Years Before the Fire

The Sky Fire started with a vehicle fire on June 18, 2015 (Sierra News Online has a photo of the late vehicle, a pickup hauling a trailer) and ultimately burned 500 acres. These photos are from roughly 10 miles away, near Ahwahnee.

Admittedly, the snow in the 'before' photo makes it tricky to see details, and you're probably wondering why I wasn't thinking something like, "Why don't I get a better photo of this area before the Sky Fire comes along in four years and mucks it all up?" This is undeniably embarrassing, and I have no excuses. It was just bad planning. If you're comparing with the after photo, keep in mind that, while it makes things no less grim, some of the dead trees you see were killed by drought (or more accurately, by the pine beetles that attack drought-weakened trees) rather than fire.

The house in the foreground of these photos was itself probably five miles away from the fire - note that it's in foothill oak habitat while the fire was burning mountain pines - so the owners could have gone outside without danger of losing eyebrows, but no doubt their views were sobering.

Unless you're on a cell phone or other tiny screen, you should be able to click on the photos for larger versions.