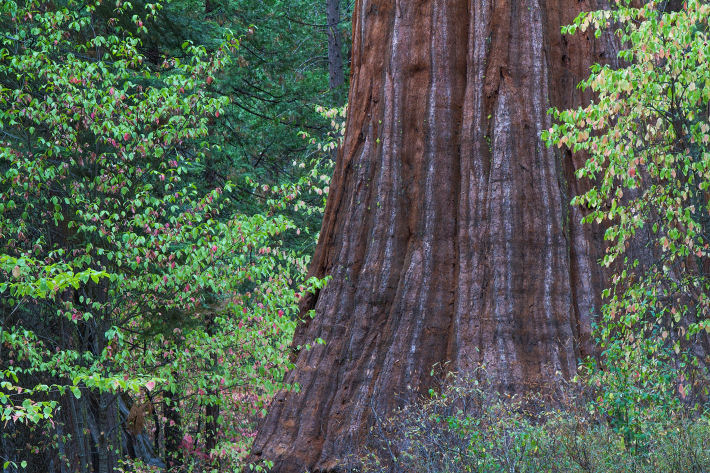 The Bull Buck Tree is Nelder Grove's most prominent attraction, a venerable giant that was around before the Roman Empire fell and will likely still be alive while the rest of us are underground providing nutrients for it. It's ostensibly 900 years older (2,700 vs. 1,800) than the Mariposa Grove's more famous Grizzly Giant sequoia, which sounds like a lot but is fairly modest by sequoia standards - the half-plus-seven rule indicates that society would be OK with them dating each other - and the Bull Buck is also taller (246 vs. 209 feet) and larger around at the base (99 vs. 92 feet). The Grizzly Giant does have a 20% advantage in volume[1], though, since the Bull Buck's trunk tapers off much more rapidly - compare the photo below with the one linked above. 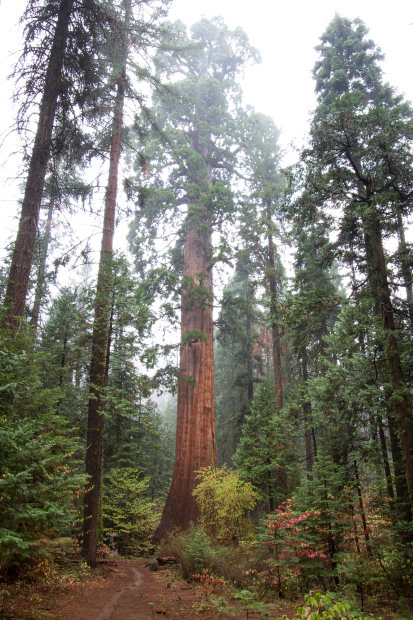 The Bull Buck Tree in Full