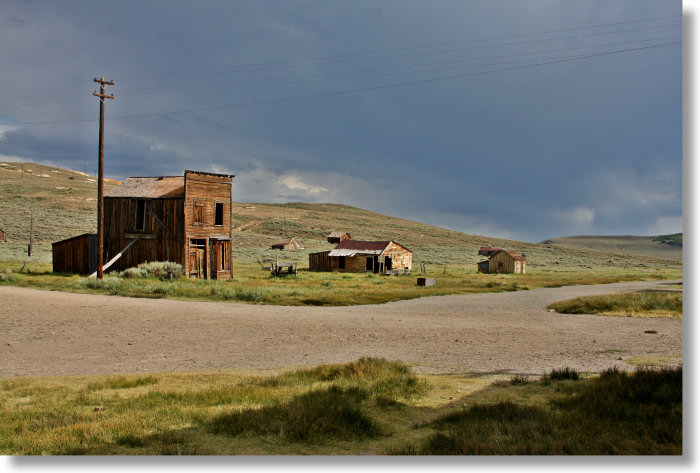 The leftmost building here is the Swazey Hotel, which helps illustrate the principle of "arrested decay" that governs Bodie's preservation. In the case of the Swazey, decay has been arrested by the beam that supports its northern side. Visitors to the Tower of Pisa are impressed by its lean of four degrees, but this is nothing compared to the Swazey Hotel - subtract the beam, and its angle of lean would be ninety degrees.

The next building past the Swazey is labeled on the official map as "Old Barn", and the one beyond it remains unidentified. The wagon just to the right of the hotel stars in a photo of its own elsewhere in this gallery.